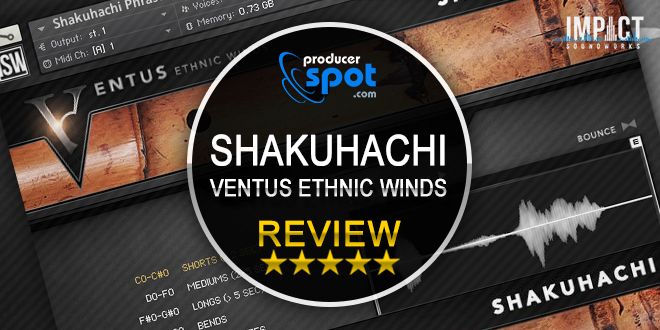 Today I have something extra special on the review table. The first piece of Impact Soundworks new series Ventus, the Shakuhachi. The Shakuhachi is an ancient Japanese flute, traditionally made of bamboo and crafted as a pentatonic Instrument, with a sound so distinctive and full of character that you’ll recognize it anywhere.

The recently announced “Ventus” series, is going to be a collection of solo woodwind instruments from across the world, including only instruments we don’t usually find in our western Woodwind repertoire. By announcing this series, Impact Soundworks has proven again, that they go for the things in between the cracks of the major fields, and if they keep doing it in the extremely innovative and profound way they have so far, which I hope, this is definitely something to look forward to.

I can tell you already they totally nailed it with this library and I am already wondering what Instrument they are gonna have in vol. 2 of “Ventus”. But before we get to that, let’s have a look at this glorious piece of historic sound, brought back to live in the best possible way. 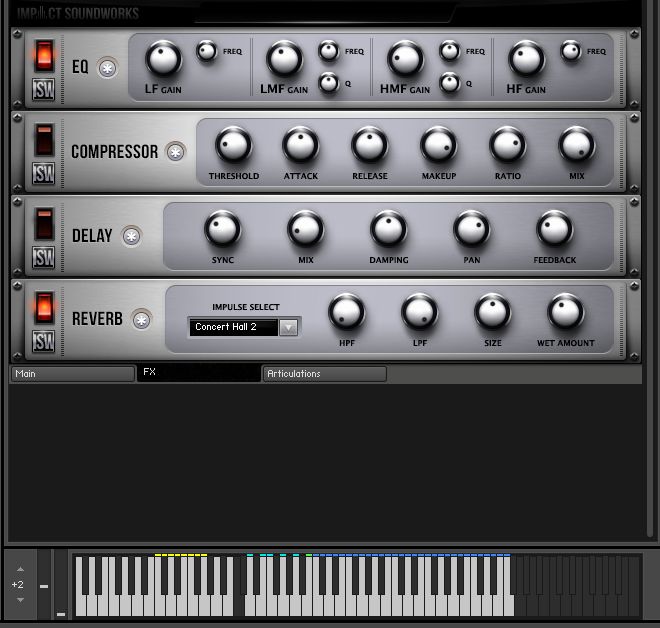 The sound of this library is wonderful, not just cause it uses very well recorded material, which it does of course, but because it manages to capture the very specific and unique character of the Shakuhachi. If you were a Teenager in the nineties, or are into martial arts movies, or just love Japan and its culture, just playing a few notes on this instrument will instantly make you think of Mr. Miyagi, Jackie Chan, Jet Lie, and temples in Kyoto.

Another big plus I noticed checking this out, was how flexible the “Shakuhachi” remains. The integrated FX sections, the two microphone positions, as well as the amazing ornaments system, and the TACT (Total Articulation Control Technology) system, make this library capable of a very playable and authentic sound in any context, from Hip Hop to film score.

The breathy sound of this flute is perfectly maintained in this library, but not overdone, and made very playable via the dynamics and vibrato slider. It takes a bit of practice to figure out how to play it just right, but believe me, it takes way less time than learning the actual instrument.

Among the four included sound banks is also a patch with over 600 typical phrases of this flute. These make great starting points, especially if you aren’t that familiar with the instrument itself yet. They also make great chopping material and could by used in a thousand creative ways. Oh, and you don’t have to go through his trouble of sampling it first to chop it up. All phrases are also included as WAV files with the library. 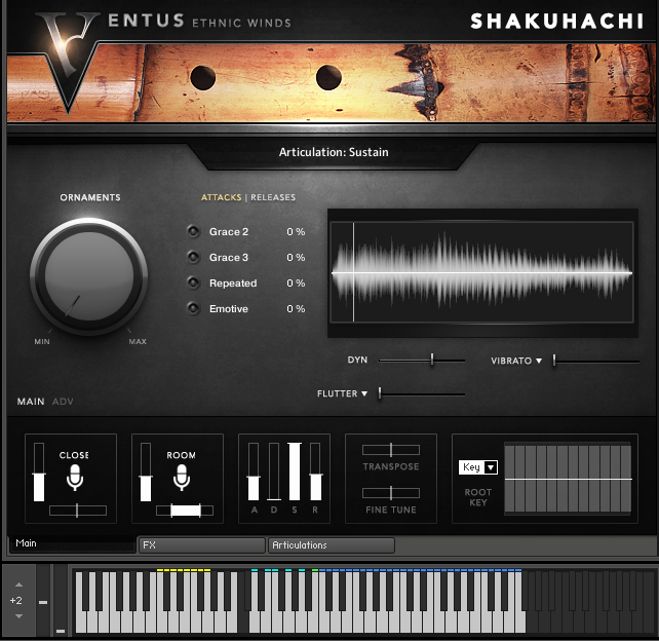 “Ventus Shakuhachi” has a very smooth and “easy on the eyes” interface on the main tab, but there is a lot going here as well as under the hood. Here on the main tab, the first things you’ll notice will be the big knob on the left and the sound wave display.

The knob controls the ornaments and tales with a percentage random factor. You can also turn each one on and off, as well as choose how likely it is for each one to occur. This makes for a pretty neat, natural sound when you are just jamming along. If you encounter a passage you really liked you can also record that sequence of ornaments and tales, and also save it for later, with the little set of buttons below the wheel after pressing the “advanced button”.

Another feature I want to highlight is, the ability to set start and endpoint in the phrases patch, directly in the sound wave window. The phrases can also be played in reverse and bounce mode. This is especially fun for sound design purposes and can yield very rich and also very bizarre results.

Impact Soundworks provides us with even more sound-shaping tools. They have included a full effects section as well as a set of filters and envelopes to further shape or mangle the sound of the bamboo flute. So in this regard, all bases are definitively covered.

Let’s also have a quick look at the new TACT system, Impact Soundworks came up with.

If you want a detailed tutorial, Andrew was nice enough to provide one on their website. You can check it out here if you want, or save it for later. 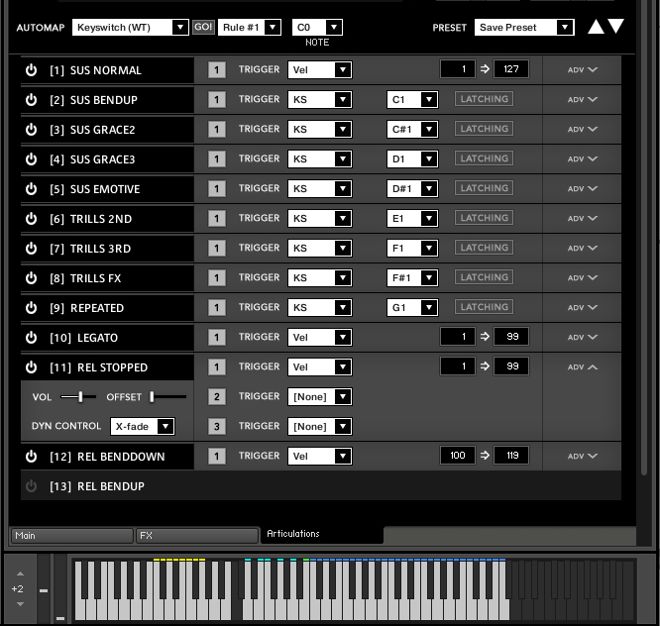 In short, TACT is a new system they developed, that lets you map articulations, including legato and release noises, in the way it fits you and your playing style best. You can dice the articulation trigger, and yes it doesn’t always have to be key range or velocity, and the system also makes sure you have not conflicted mappings. I’m sure some of you know how nerve-wracking that can be. You can even have multiple triggers, and save and load your complete mapping presets.

I think its a really great feature for playability, especially if you want to get used to your own customized playing style. Good to know that TACT will be part of every Ventus series instrument, so we will be able to freely customize all of these solo woodwinds to how WE like to hit the keys. I think that’s a wonderful feature.

With “Ventus Shakuhachi” you get several times what you pay for, plus the promise of more similar, masterpieces where this came from. True, if you are only doing strictly classical orchestral composition, there is not much point in getting this, but if you only like flutes a little, or enjoy experimenting you should seriously consider this.

If you are like me, and like exotic instruments, produce lots of hip hop or ethnic tracks, or work in film or games, this is almost a must-have. It will make all your Shakuhachi dreams come true, and that without even straining your budget too much. I don’t regret getting this and am extremely excited to see the next Ventus installments when they come.

Thank you Impact Soundworks for continuously coming up with new innovative libraries and technology, you make my work more enjoyable. 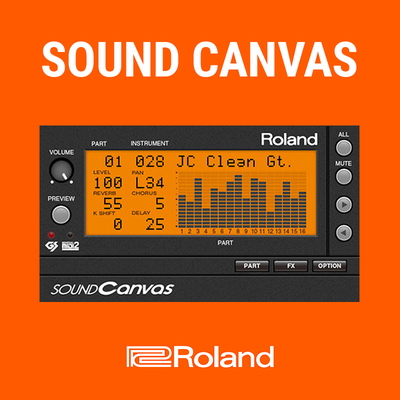 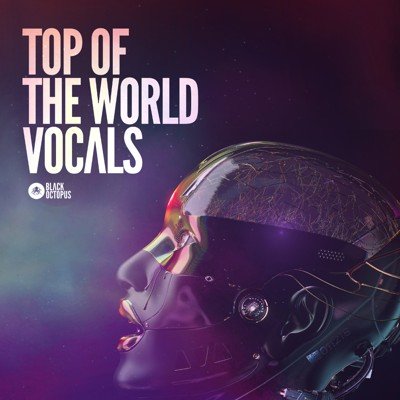 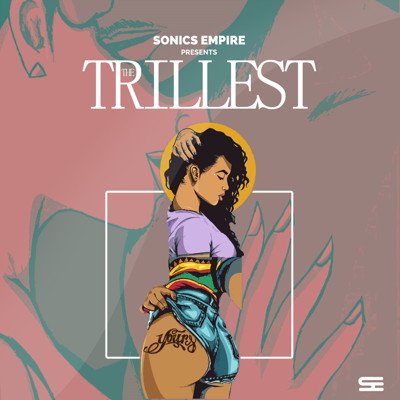 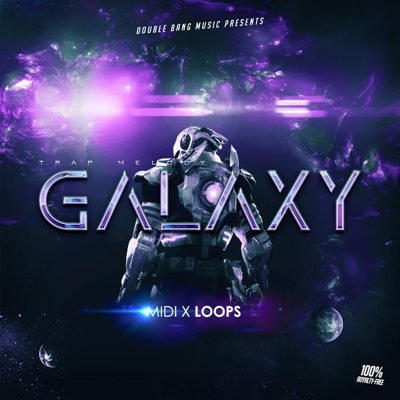 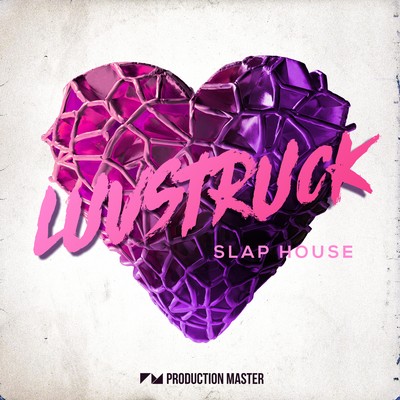 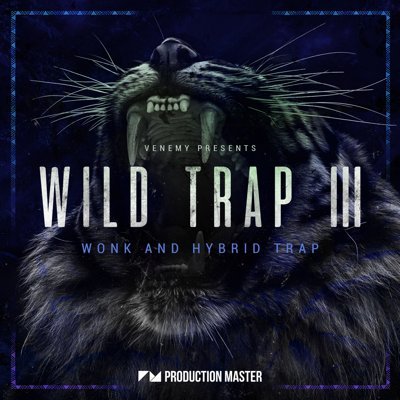 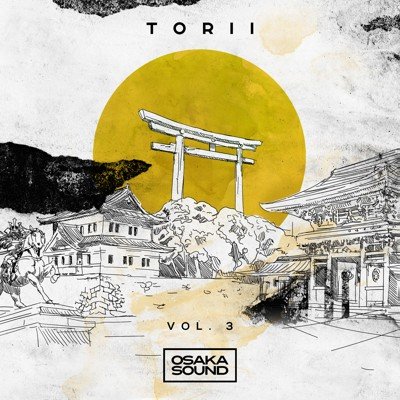 $9.95
We use cookies to ensure that we give you the best experience on our website. If you continue to use this site we will assume that you are happy with it. GDPR 2018 privacy guidelines applied!
More info Accept