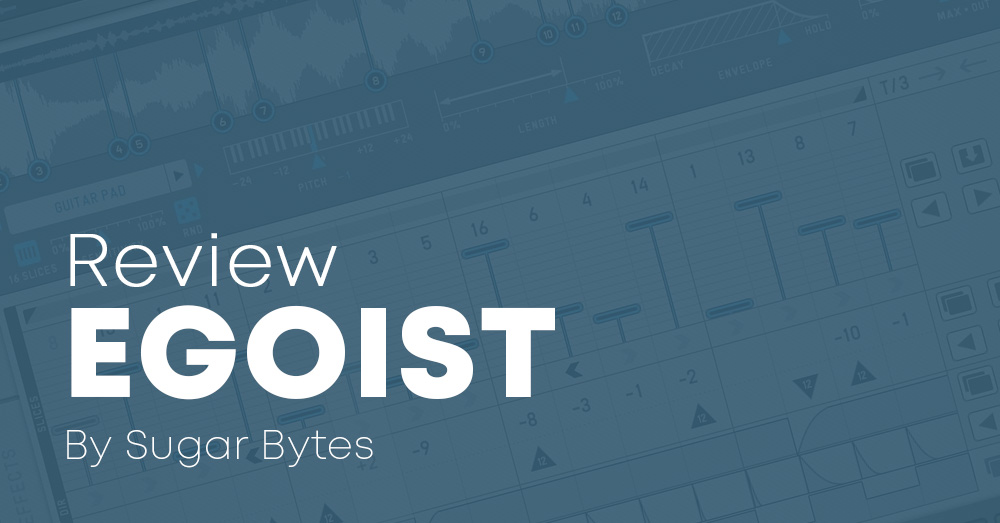 Sugar Bytes Egoist plugin combines a slicer with a sequencer, a virtual analog bass with a bass line, a sample-based drum machine, and a multi-effect sequencer in a unique groove box.

To get started, feed Egoist with a music sample. This can also be a longer audio clip, also from the supplied factory repertoire. This raw material is broken down into up to 16 small snippets, the slices. Each slice can be customized in direction, pitch, attack, decay, and volume. The progression of the slices results in a sequence that is part of the Egoist pattern. The slices sequence can in turn be modified via global parameters (e.g. pitch, note length).

The virtual analogue bass takes over the second part of the Egoist pattern. Its sound is produced by an oscillator with a sawtooth or square wave, a resonant multimode filter with three alternative characteristics, and a saturation tool/distortion (drive). Classic synth basslines à la TB-303 or SH-101 are created quickly. The bass plays its line in major or minor to match the selectable keynote. 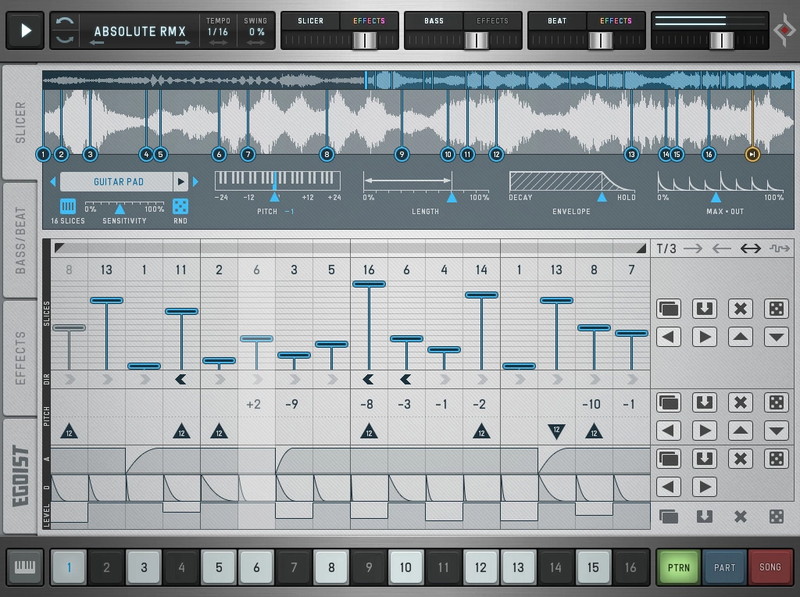 Slice sequence and bassline are supplemented by a small drum machine, the beat module: 15 kits, 96 samples per kit, more than 1000 sampled kicks, snares, open and closed hi-hats are available to choose from. Electronic percussion is also found here, which is then loaded into the kick, snare, and hi-hat slots.

All three sequences, i.e. slicer, bassline, and beat, can be turned through the wolf using an effects sequencer. Seven effects can be used sequentially or simultaneously. If you know Sugar Bytes Turnado or Effectrix, you might already have an idea of ​​what’s going on here. The effect sequence is the same for all three sound generators, i.e. it is addressed via a send path. However, you can animate the effect controllers and control them via external controllers, i.e. change the effect proportion for slicer, bassline, and beat smoothly or switch them on/off.

All sequences can have their own lengths and their own tempo divisions. Polyrhythmic patterns can also be created in this way – or sequences of sounds that are practically never repeated. Each pattern has its own basic speed, which (relative to the global tempo) is set in note values ​​(also triplet and plus swing factor).

16 higher-level patterns with an individual mix of specific slice sequences, basslines, drum grooves, and effect sequences can be called up directly via C1 to Dis 2. Which modules are involved in the active pattern and whether they run through the effect chain is set at the top in the header.

Global pattern parameters or effects can also be controlled in real-time.

I want to answer the most exciting questions about the sound right away: The bass is simple but crisp. The filter cuts a really good figure and has a strong character, or rather: three of them. There are of course more complex synths (also from Sugar Bytes) that you are welcome to combine. But for now, you can get quite far with this bass.

This also applies to the drum kits, which depict many a venerable drum machine. Sounds from modular systems are also included. There’s a lot here that rattles and rattles or beeps archaically. Other manufacturers charge 100 euros and more just for a similarly well-stocked beatbox.

The effects (“trick cheats” in Sugar Bytes jargon) are also of high quality and, if necessary, intervene drastically in the sound: multimode filter (with seven characteristics and just as many internal modulation sources), tempo-synchronized echo, algorithmic reverb, lo-fi Tool, chorus, tape stop effect and tempo-synchronized looper give a lot.

It is not possible to export patterns or sequences as MIDI patterns, let alone drag and drop them into the host. That would also only make limited sense, for example, if a bass line is to be reproduced with a different synthesizer.

However, this is exactly what is possible by using Egoist as a MIDI control source in a foreign MIDI track that is assigned to another external instrument.

Sugar Bytes Egoist is a very independent virtual groovebox, a small but fine sound laboratory that generates practically endless variations of rhythmic, fresh sequences. Egoist is aimed at club and dance, but experimental applications are also possible, especially by integrating your own samples or audio clips. The slicer and the multi-effects sequencer take care of the fragmentation of the audio feed and its reincarnation as a groovy sequence.

The bass module delivers scale-accurate bass lines in TB 303 or SH 101 style through to wacky melody sequences. It’s amazing what the one-oscillator synth can do with a sawtooth or square wave – very robust, powerful, and, transposed high, sometimes chirping in a peculiar way or apocalyptically screeching like a swarm of electric birds. The successful filter emulations also ensure the gripping sound.

The drums of the beat module are edgy, robust, and gripping and can keep up with some good beatboxes on their own. After all, there are 15 kits and more than 1000 samples. This will take care of you and you will discover a lot.

The effects are not a nice bonus, but a central part of the sound genesis. Again, there is a powerful filter, plus echo, reverb, chorus, bandstop, looper, and lo-fi. Everything in the well-known high-quality and often club-tested manner à la Effectrix or Turnado.

With Egoist you can still discover something new even after months of intensive sound research, if only because of the sample import and the slicer. There is no lack of design options, but the architecture doesn’t get out of hand, there are no pitfalls lurking here, and the CPU hunger is also kept within exemplary, narrow limits.

Thanks to the internal pattern-part-song structure, complex arrangements are also possible without a host sequencer, which is an additional option, especially for live applications and then with the standalone version. The performance really takes off with extensive MIDI control of almost all parameters.

All in all, as a combined sample slicer bassline & beat generator, Sugar Bytes Egoist is a fresh, independent alternative to some jungle-like competitors or expensive hardware groove boxes. The price is fair. 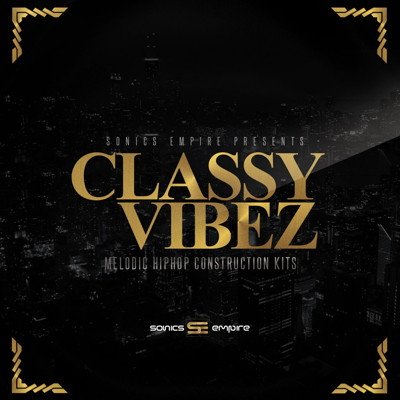 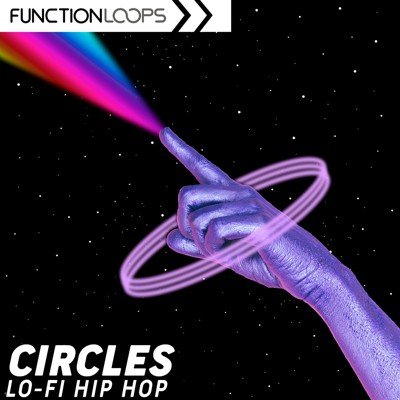 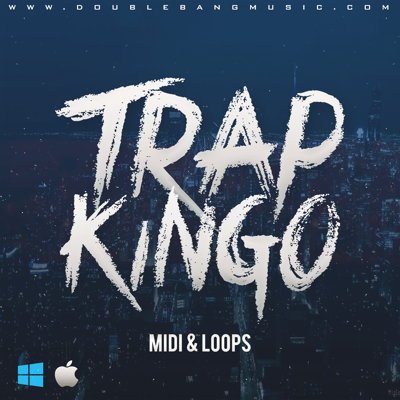 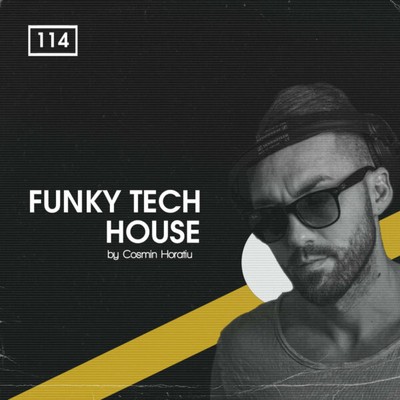 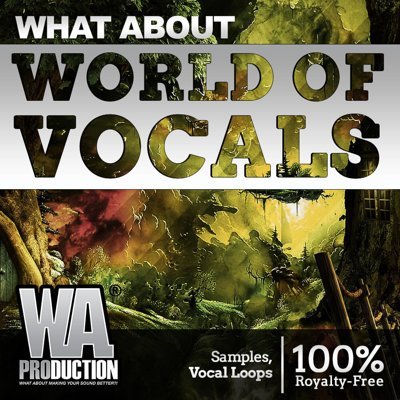 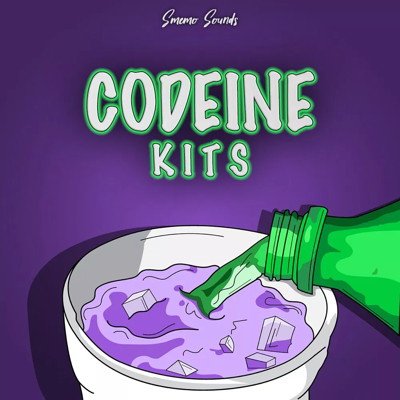 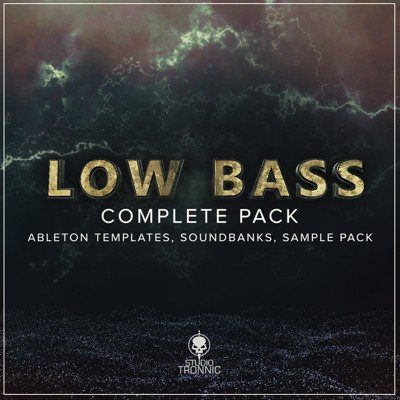 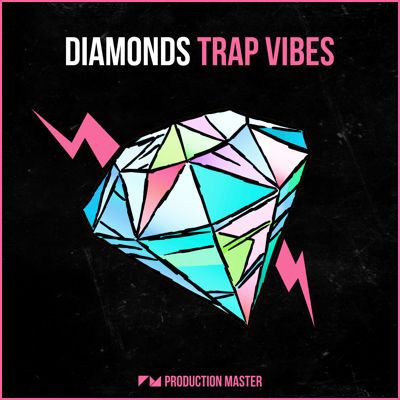 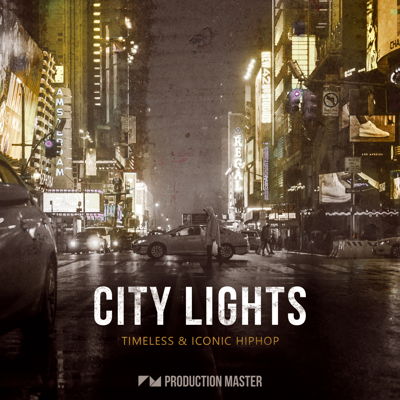 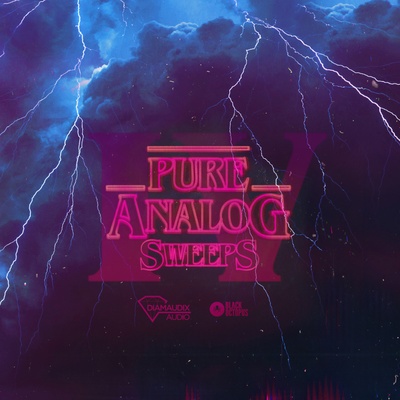 $23.95
We use cookies to ensure that we give you the best experience on our website. If you continue to use this site we will assume that you are happy with it. GDPR 2018 privacy guidelines applied!
More info Accept